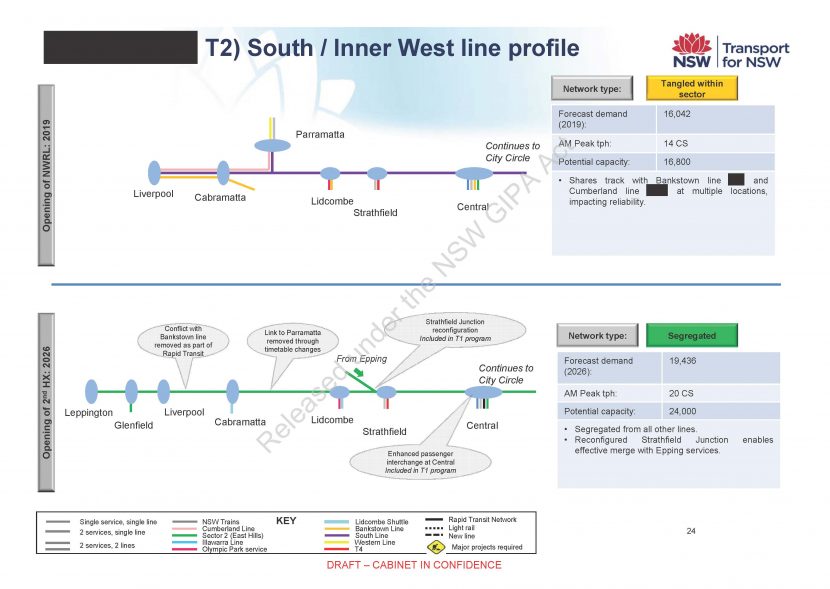 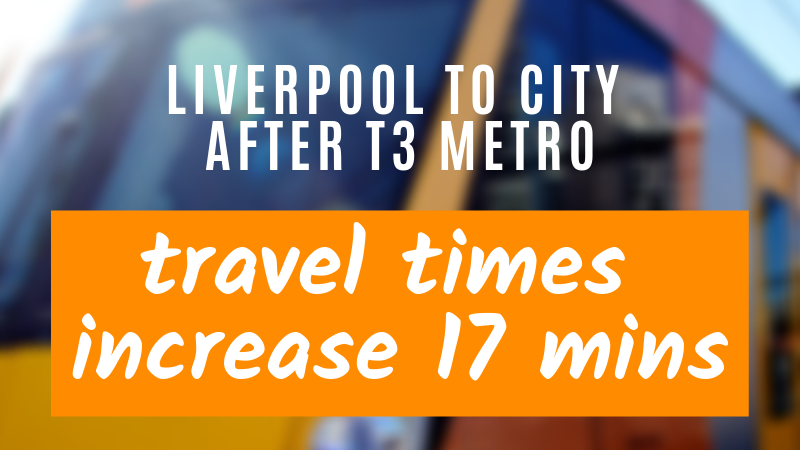 Liverpool and South West Sydney commuters can expect significant increases in travel times as a result of the Metro Southwest project on the T3 Bankstown Line. Government documents show estimations of journey times from Liverpool to City increasing by 17 minutes. The government’s own ‘Sydney’s Rail Future Implementation Plan’ suggest a remedy to the increased […] 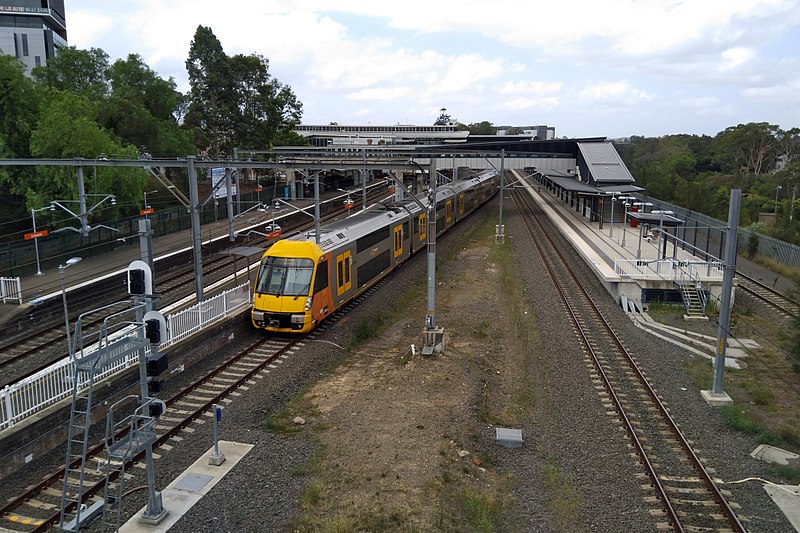 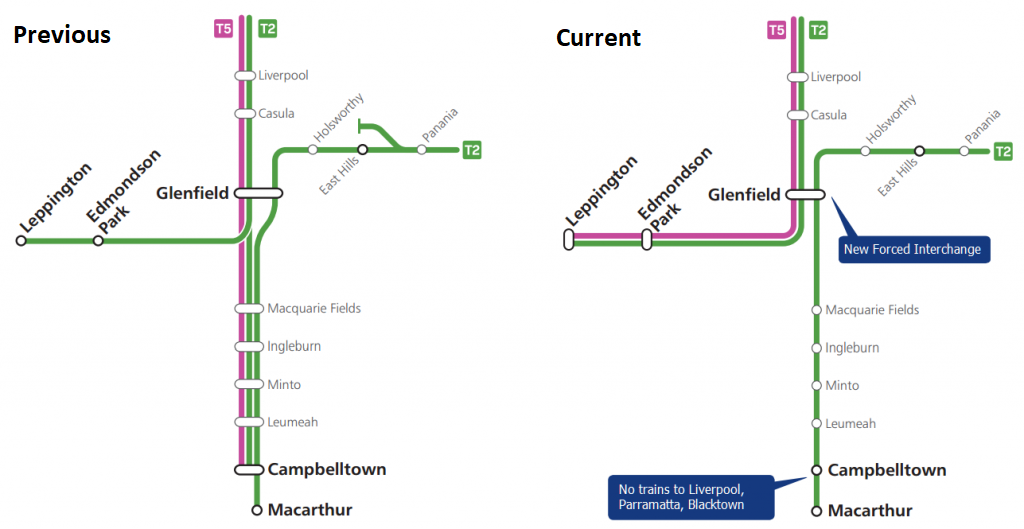 The Cumberland Line and South Line was changed in 2017 removing direct access to Campbelltown from Liverpool station. Commuters now have to interchange at Glenfield station. This change to the rail lines was made despite most Campbelltown commuters having travelled to City via Liverpool instead of East Hills.

The express train from Liverpool to City via T3 Bankstown won’t last for much longer with the T3 Line set to be divided into two halves for Metro Southwest. Metro Southwest (even once its extended to Liverpool) will mean the removal of all express trains from to City. Commuters will also have significantly less seats […] 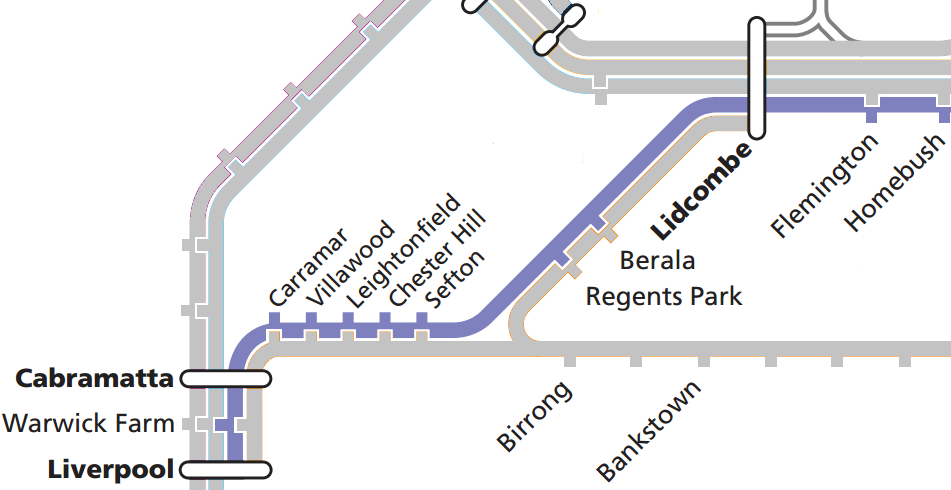