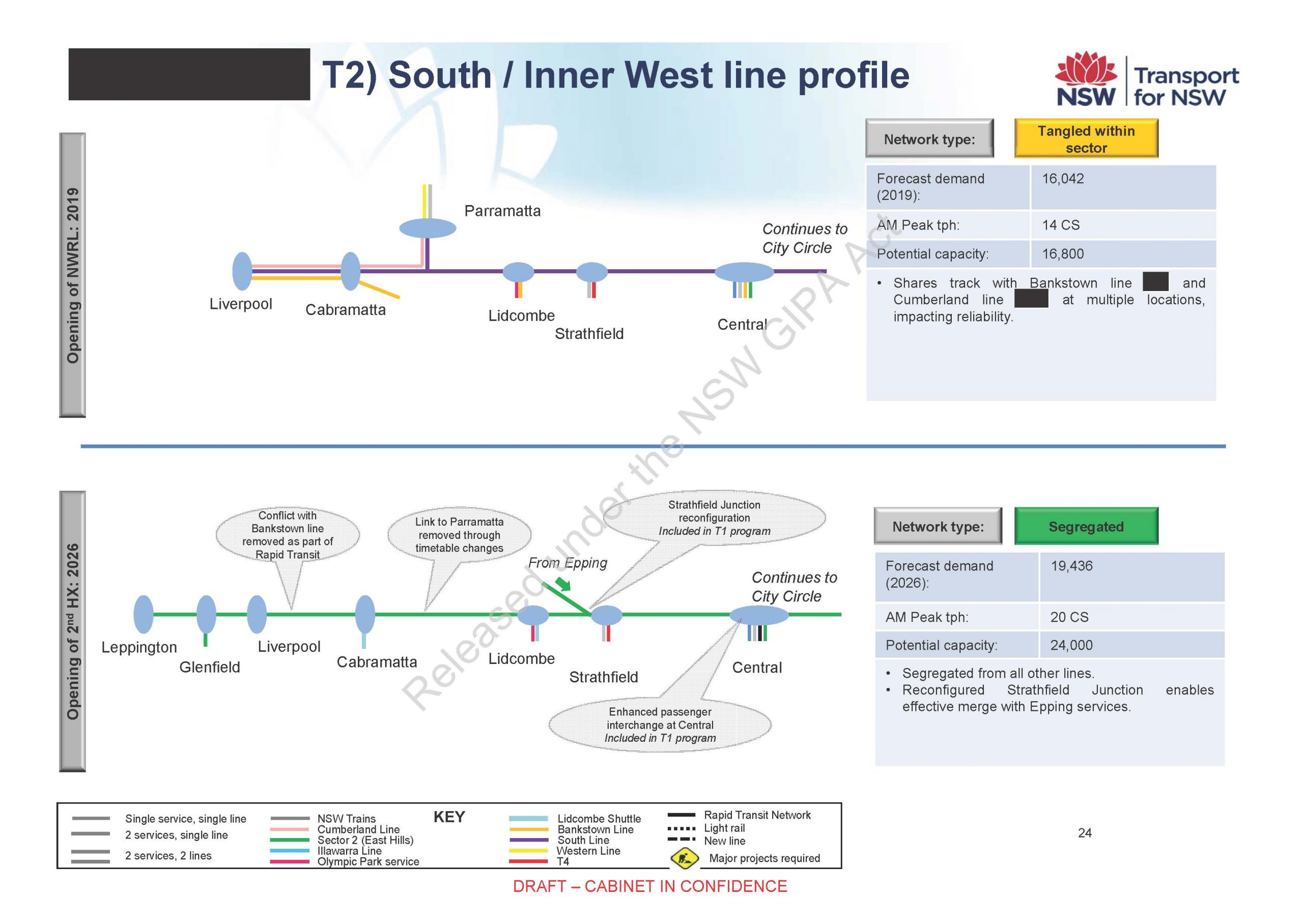 The CUMBERLAND LINE and Y-LINK opened on 2 November 1996 providing a direct train from Campbelltown/Liverpool to Parramatta/Blacktown and later Leppington – Richmond.

With the Y-LINK between Merrylands and Harris Park, commuters no longer are required to interchange at Granville.

However internal Transport for NSW documents obtained under GIPA (freedom of information) show plans to remove the T5 Cumberland Line in 2026 after the Sydney Metro City & Southwest and second harbour rail crossing opens.

We also need more direct trains and a signalling upgrade for the T5 Cumberland Line (and T2/T8 Inner West/Leppington/South Line).